8-year-old girl dies after inhaling helium from a balloon 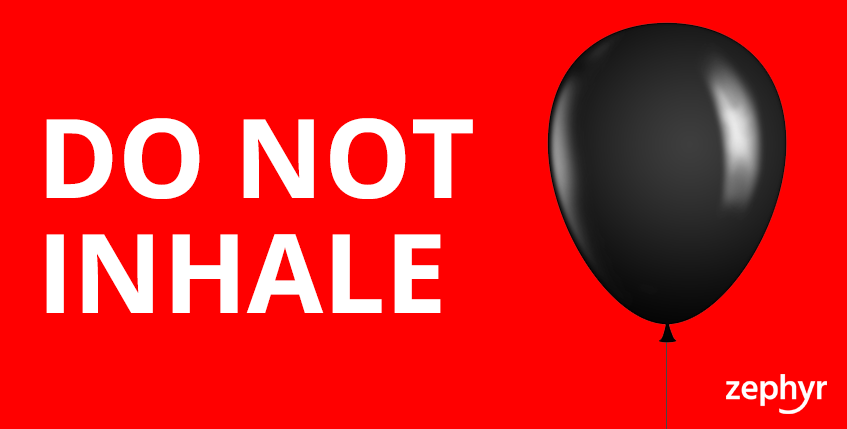 An 8-year-old has died after inhaling helium from a balloon and we as a society continue to promote the “old gag” as a fun, harmless comedy act.

A young girl in Israel is dead. Why? She inhaled helium from a balloon from her sister’s birthday party.

Folks, we try to keep this blog lighthearted, entertaining, and educational. But to be truly educational, we have to take on the tragedies once in a while as well and this is one of those times.

Our society continues to promote the absurdly stupid and risky behavior of inhaling helium as just a fun little party gag. Well, we will continue to make it our responsibility to warn as many people as we can of how dangerous this behavior is.

Inhaling helium from a balloon can kill you.

Squeaky voices are funny to a 5-year-old. So are weirdly shaped rocks. And annoying cartoons.

But we are adults.

We are supposed to know better.

We are supposed to teach our children to be smart. To be safe.

We are supposed to lead by example.

So what kind of example do things like this set?

Look, we love Jimmy and Morgan too. But we have a responsibility to make sure our children know that not everything they see on TV, or at a party, or at Uncle Larry’s house, is something that should be mimicked.

And if you don’t think it could happen to a celebrity on TV, just ask this 12-year-old child star who slipped into a coma after a live television stunt.

You mom, and you dad, need to warn your little ones today that inhaling helium could seriously injure or kill them.

Except that 0.1% isn’t just an unlikely number.

So is it worth it? Was this young 8-year-old girl’s death worth making squeaky voices for a few seconds?

If you weren’t aware of the dangers of inhaling helium, whether it be from a tank or a balloon, please read the following and spread the word:

This is what happens when you inhale helium

When you inhale helium, the oxygen in your lungs becomes displaced. If enough is displaced, you’ll risk suffocating within seconds. You could also have an embolism, you might black out, or you could experience excruciatingly painful barotrauma, which might kill you too.

In fact, inhaling helium is so effective at killing that it’s the preferred method of suicide in the U.K. The Office for National Statistics (ONS) reported that there were more helium-inhalation deaths in the U.K. in 2010 than marijuana, ecstasy, GHB, and mephedrone, combined.

But there’s only a war on drugs, you see?

Here are some of the promising young souls we’ve lost in the past few years, all lost to accidental death from helium inhalation:

And now, this young 8-year-old little girl in Israel.

Source: The Times of Israel