HomeHeliumHelium exploration advancements will be driven by necessity 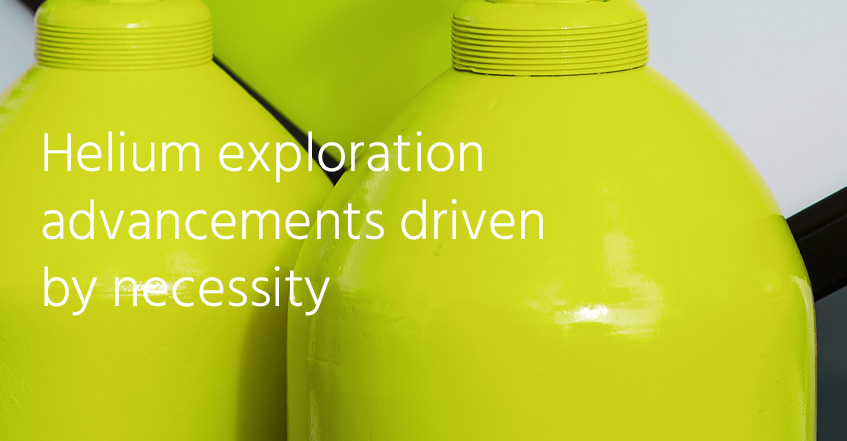 Helium exploration advancements will be driven by necessity

Tight times spawn creative solutions. While businesses are currently reeling from a lack of supply, it may just take a major shortage to change the way the world approaches helium exploration.

In just a few weeks, it will be exactly 151 years since humans discovered helium. We didn’t find it on Earth first, it was actually found—by accident, in an odd yellow spectrum surrounding the sun during a solar eclipse.

Nearly three decades after that discovery, a chemist finally proved helium’s existence right here on our planet. Since then it’s been used for everything from crossing the Atlantic Ocean to MRI machines to helping launch rockets into space.

However in all that time, helium exploration has rarely ever been a primary pursuit. Despite the use of the gas in everything from cell phones to treating cystic fibrosis, helium has always been collected (and thought of) as a by-product of natural gas production.

In times of abundance, the pursuit of natural gas typically supplied enough “by-product” helium that, in combination with the National Helium Reserve’s supply, typically met the economic demand.

However, with the Helium Privatization Act of 1996 mandating the sell-off of the federal supply to private companies by 2021, coupled with a demand that is currently far exceeding exhausted global supplies, the market is experiencing a drastic shortage scenario that is forcing companies and suppliers to get creative.

The long-term silver lining of the current helium shortage is that really for the first time in a century, it is forcing companies and innovators to actually shift focus toward intentional helium exploration, rather than simply looking at helium as a marketable by-product of a different target gas.

In fact, had helium been viewed as a primary exploration product over even the past quarter century, we could have potentially avoided the current shortage entirely. But hindsight is 20/20, so let’s look ahead.

There is no doubt that the world has more helium reserves locked up in the ground that we haven’t even found yet. Yellowstone is leaking massive amounts of helium gas every single day. Tanzania is currently the target of a massive helium exploration operation, one that is believed to hold twice as much helium as originally thought. Even the moon is loaded up with helium isotopes and a new “space race” is on to figure out a way to get up there and bring it back to Earth.

The fact is, helium is among THE most abundant elements in the universe. Here on Earth, it would be considered scarce. We know there is helium all around us. How do we get it?

Necessity is the mother of invention as they say, and new methods of helium exploration are already being fueled by a global shortage that has the gas finally being looked at as THE product, rather than the convenient waste product.

So hang in there, because if there is one positive to this particular helium shortage, it is that is forcing our hand to innovate and seek out, rather than expect and rely upon— and that will not only help alleviate our current helium shortage, but will help to prevent future ones.

Why and how we brew with CO2