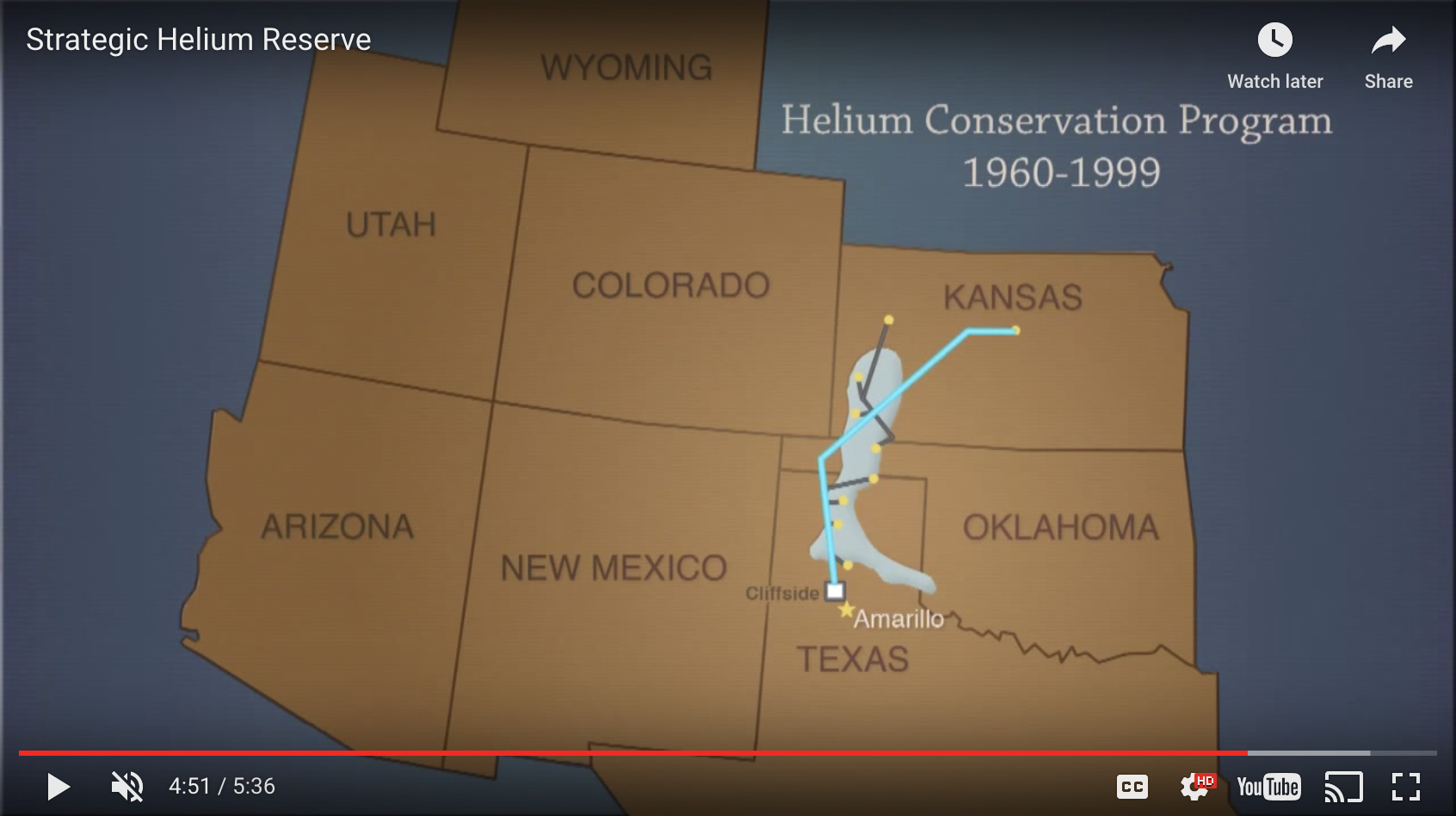 The fourth annual helium auction has concluded, bringing in a whopping $59,655,000 in revenue for the U.S. Treasury.

If you’re not aware, the U.S. Department of the Interior Bureau of Land Management (BLM) operates a massive helium reservoir near Amarillo, Texas.

Fun fact: There is so much helium stored here that it supplies nearly 40% of the domestic demand, and accounts for about 15% of all of the stored helium in the world. Learn more about it in the above video, if you haven’t yet watched!

Since the Helium Stewardship Act (HSA) was passed in 2013, the BLM has conducted an annual helium auction.

The HSA is a law that mandated the closure of the Federal Helium Reserve on or before September 30, 2021. All of the property, equipment, interest, and helium is to be sold off or otherwise transitioned to a fully private system.

The intention of the HSA was to transition to this privatization in a way that was competitive, thereby stabilizing the public helium market. The law even offered access to refineries for companies that did not have them, but purchased helium.

The infancy of the annual helium auction

The first annual helium auction raised nearly $15 million, but all of the helium went to just 2 of the 13 companies present. The other 11 were simply outbid.

This led to mixed reviews, with some praising the auction and others calling it a resounding failure that achieved the exact opposite of competition.

Several of the 11 companies expressed the same disappointment.

This year, a total of 6 companies (out of 8 present) successfully won bids for helium — a much better percentage than in 2014’s helium auction.

The more astounding number is the $59,655,000 worth of helium sold. That was the going rate on the 500 million cubic feet of helium that the BLM auctioned off.

The BLM’s “phase 2” helium auction is due up in August, where another 400 million cubic feet of helium will be up for grabs. After that, the BLM will have only about the same amount left in its reserves, which may explain the record bids we are seeing this year.