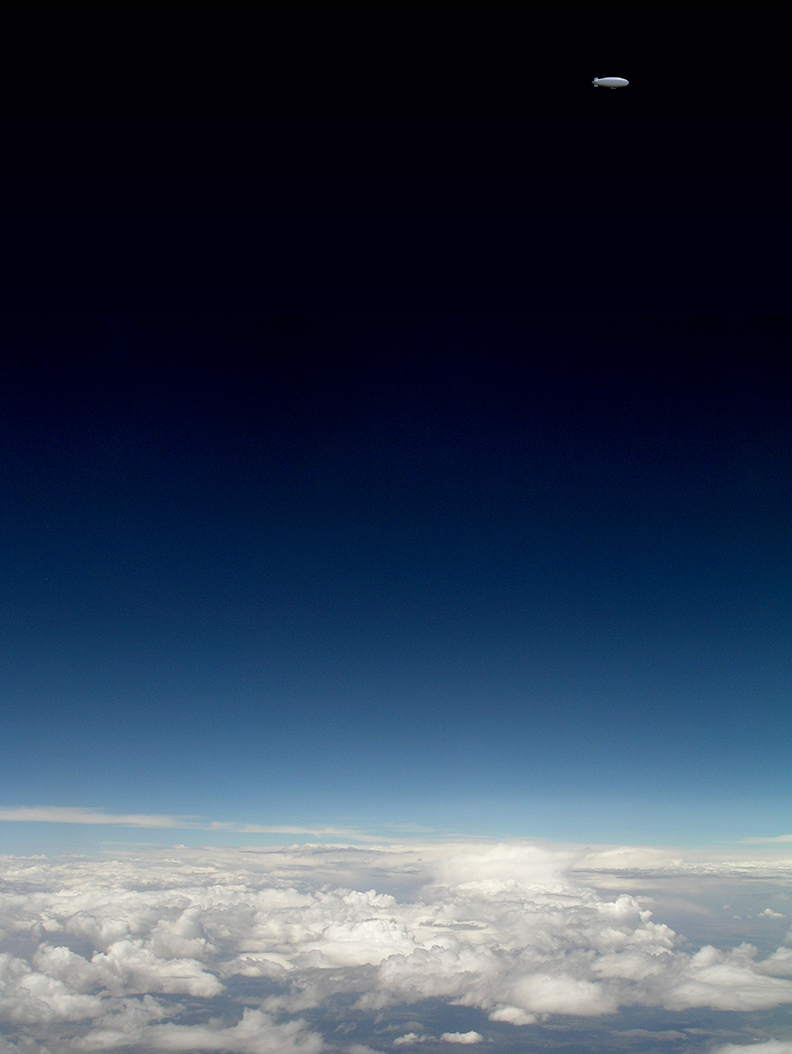 A few weeks ago, China quietly launched a solar-powered, near-space helium airship that can cruise at a height of 12 miles for as long as six months.

“Yuanmeng” is the name of the enormous helium airship, whose bright silver skin resembles a giant floating sweet potato wrapped in foil. And giant is a bit of an understatement.

We supply wholesale helium to retail chains & stores. Get a free quote here!

The Yuanmeng near-space helium airship is 250 feet long with a volume of 635,664 cubic feet. That’s a lot of helium. In fact, if you were filling the Yuanmeng using our largest helium cylinder (291 cubic feet), you would need to order no less than 2,185 Zephyr helium cylinders!

Once the helium lifts it to the stratosphere (at over twice the height of commercial airline flight), the Yuanmeng, which is tiled with solar panels on its topside, soak up enough solar energy to keep the helium airship aloft for half-a-year.

According to the People’s Daily Online news, the Yuanmeng launched successfully over Inner Mongolia on October 6, completing its 48-hour test cruise at the edge of space.

Officially, the Chinese Academy of Engineering said the Yuanmeng “can carry out multiple tasks.” Whoa, specific! One can speculate the wide number of uses for the Yuanmeng near-space helium airship and we aren’t ones to do that ourselves.

We are ones to share what some experts think, however.

Popular Mechanics‘ Kyle Mizokami suggests that one of those “tasks” the Yuanmeng near-space helium airship would carry out is to spy on American and other foreign Navy vessels entering the South China Sea and send real-time data to engage armed aircraft and missile defense systems.

(It is interesting that the officially released artist’s file photo shows the helium airship hovering over what appears to be the eastern coast of the United States.)

Jeffery Lin and P.W. Singer of Popular Science explain how the near-space helium airship could detect cruise missiles and other threats while they are still hundreds of miles away, giving ample warning time to establish a counter attack.

Loaded with 7 tons of sensors, radar, cameras, and datalinks, the Yuanweng could also serve as a communication satellite, and could transport additional payloads.

Is a near-space helium airship the perfect spy?

Since the ship does operate up in the stratosphere, it’s very difficult to take out. That’s because most surface-to-air missiles can’t reach it, and fighter jets cannot get anywhere near the Yuanweng helium airship because there is not enough air at that altitude to provide the lift needed to fly a plane.

If you were wondering if the United States has any plans to follow suit and build its own near-space helium airship, we already did.

The JLENS (Join Land Attack Cruise Missile Defense Elevated Netted Sensor System) is a 17-year, $2.7 billion project that unfortunately, failed to meet expectations, according to an investigation by the Baltimore Sun.

It happened to make news two weeks ago when it broke free of its tethers at the Aberdeen Proving Ground in Maryland and flew out of control over Pennsylvania, taking power out for nearly 30,000 people as it dragged 10,000 feet of cable across the land.

Pennsylvania state police allegedly used shotguns to deflate the JLENS blimp, which eventually settled in some trees in the countryside.