HomeHeliumFastest refrigerator is in and out of this world 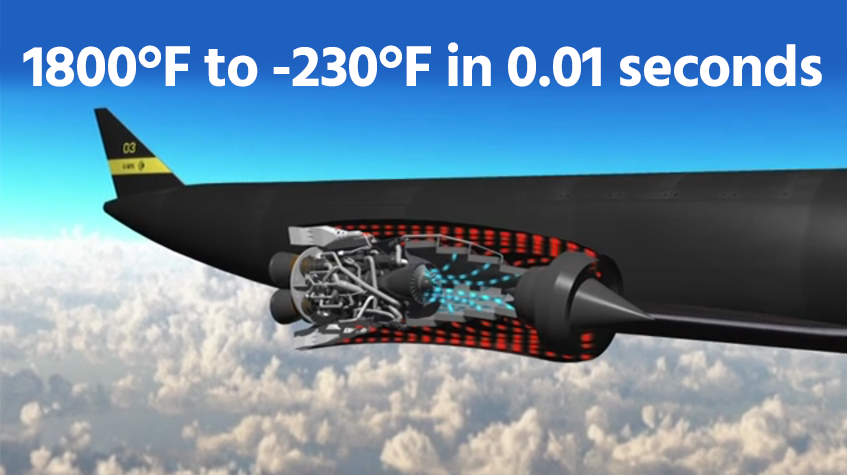 Fastest refrigerator is in and out of this world

A U.K. company is developing a hybrid aerospace engine that can switch between rocket mode and jet engine mode. What does that mean?

Imagine flying on a plane that could get you from Chicago to London in minutes, including a quick stop in space to drop a satellite into orbit. (Not that travel or law would realistically permit this scenario, but it would technically be possible.)

Reaction Engines’ SABRE™ (synergetic air-breathing rocket engine) can inhale the oxygen in the air to propel itself forward like a jet engine does, but then it can actually leave our atmosphere and enter space by switching over to onboard liquid oxygen, just like a rocket.

As you might have imagined, this thing is built for speed. It has to be if it’s capable of space travel. But how fast are we talking?

But with speed comes heat.

The key to successfully creating this incredible hybrid engine (which is nearly 30 years in the making) is the compression and cooling of the air that is coming through the intake.

At such high speeds, an incredible amount of friction will be created. That friction will heat the air up to around 1832°F. (That’s about the temperature at which the cremation process takes place. It’s hotter than some types of lava!)

The problem is that the air needs to be cooled to around -238°F (-150°C) by the time it’s injected into the propulsion chamber. (That’s almost twice as cold as the coldest temperature ever recorded on Earth, which was 135.8°F in August 2010.)

Now, if that wasn’t a large enough task already, the 2070° change in temperature has to happen in 1/100th of a second—that’s over 30 TIMES faster than you can blink!

The unfathomable transition is possible in large part because of helium (and a spaghetti pile of carefully engineered tubes).

Our helium is delivered at room temperature. Get a free helium quote here.

We are helium experts, not rocket scientists. So, we’ll let Reaction Engines provide the explanation to the animation below:

The diagram shows in simplified form the complete SABRE cycle. The air from the intake (blue) is shown going though the Pre-cooler and into the compressor. The cooling is achieved with helium (green) that has been itself cooled using the liquid hydrogen fuel (purple). Once it has left the Pre-cooler the helium is further heated by the products of the Pre-burner to give it enough energy to drive the turbine and the liquid hydrogen pump.

Helium as a coolant

While helium is most commonly associated with party balloons, the fact is that it is more often used in research, medical, and scientific applications, like the cooling and controlling of extreme heat and energy.

For example, nearly 100 metric tons of helium are needed to keep the Large Hadron Collider from overheating every time it’s fired up.

MRI machines also need helium to prevent the internal super magnets that produce the scans from heating up.

And the cryogenics relies on helium as well. You get the idea.

While helium has long been needed to send rockets into space, this is the first time the world has ever seen a half jet/half rocket engine, and the helium inside of it is just as crucial to its success as every other part and process within it.

Not cold enough for you?

How is helium made?