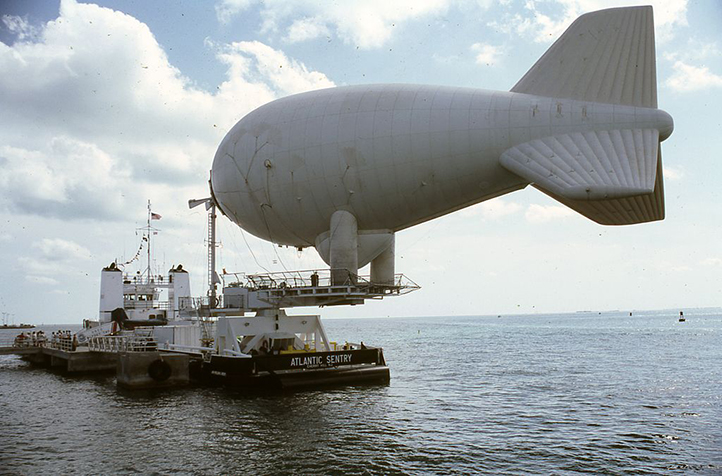 Did you know that our southern borders are patrolled every minute of every day by unmanned balloon ships called helium aerostats?

What you always see guarding our borders in the movies are highly advanced or futuristic satellite imagery, guards in trucks, or high tech camera surveillance systems.

Hey, all that stuff may be true, but what you never see is something even cooler than all that gadgetry (and also true) — balloons!

What are helium aerostats?

Aerostats are moored helium blimps. They’re unmanned, unarmed, and anchored to their moorings by a special nylon fiber cable. Launching smaller balloons from your retail stores? Get a free helium quote from us here!

The U.S. Customs and Border Protection Agency uses helium aerostats to monitor suspicious traffic and vehicles along the borders, namely to prevent human and drug smuggling.

Their system of moored blimps are called the Tethered Aerostat Radar System, or TARS, and it’s been in place since way back in 1978, when it originated under the U.S. Air Force.

Customs took the program over in 2013.

About the helium aerostats

According to the U.S. Customs and Border Protection‘s Air and Marine Operations (AMO), two sizes of helium aerostats are used – one measuring 186 feet long, the other 208.5 feet.

The hulls are split into two huge chambers by a special gas-tight fabric. The upper chamber is filled with helium, while the lower is pressurized air.

Each helium aerostat flies at an elevation of about 10,000 feet, providing officials a bird’s-eye view of all comings and goings.

It takes a team of five operators to launch and reel in each of the helium aerostats.

Locations of the helium aerostats

Since it’s tough to hide a 200-foot blimp, the locations of all 8 helium aerostats are no secret.

In fact, the government even published this map of their locations, which range from Yuma, Arizona to Lajas, Puerto Rico, and all in between.

Each one of these locations costs just under $9 million to build and operate.

Efficiency of the helium aerostats

Apparently the helium aerostats system is quite effective.

According to official reports, TARS caught over 330 attempted border penetration attempts in FY 2016, or 37% of all border-related radar detections.

Source: cpb.gov
Image: Photo by Raymond L. Blazevic, included under the usage rights of the Creative Commons 2.0 license and has not been altered in any manner. The usage of this photo does not imply endorsement by the licensor or Mr. Blazevic.