Inhaling helium? Britney Spears should have sang “Knock It Off” 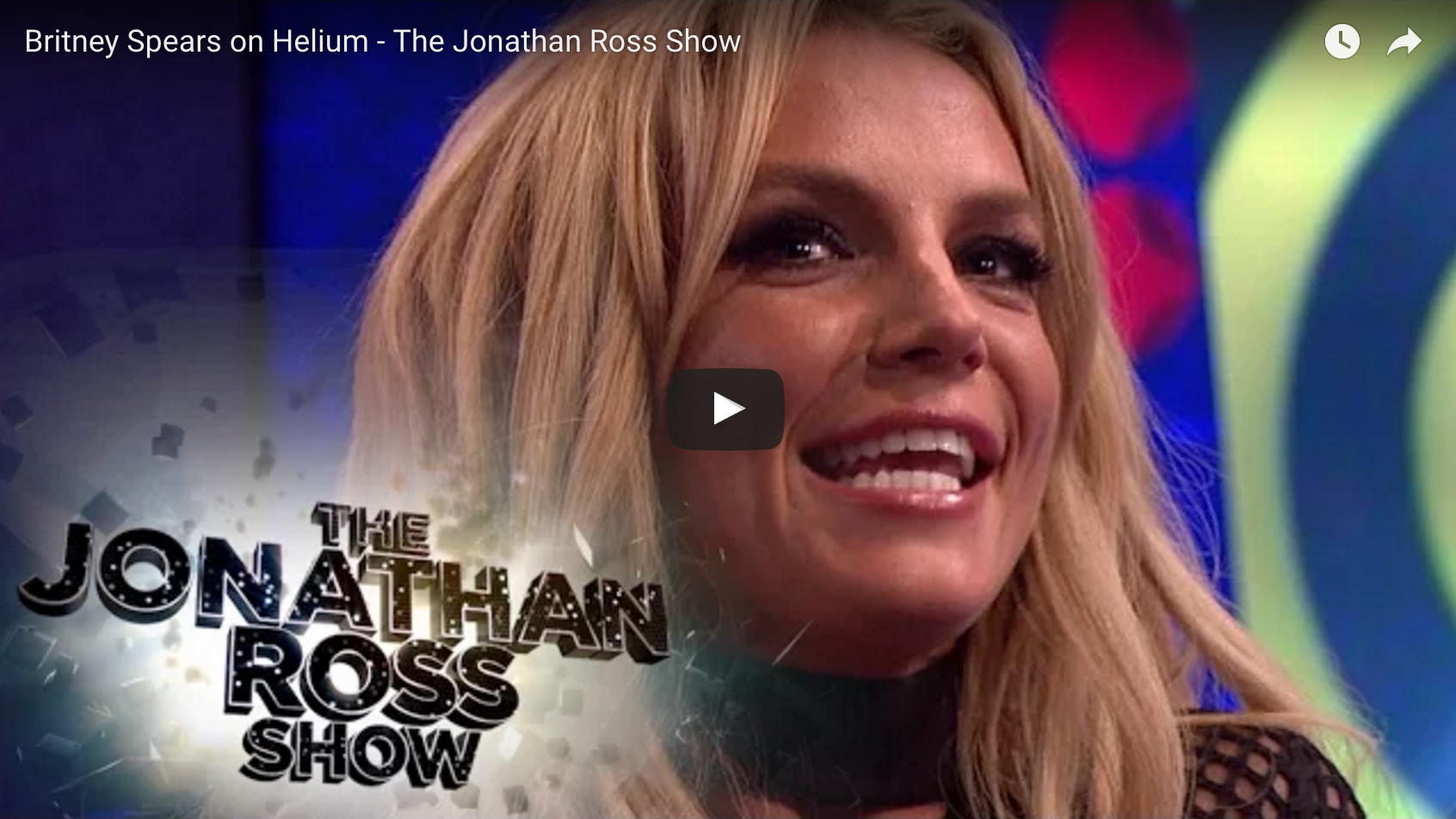 If you’ve never read our articles about the danger of inhaling helium, this is the most important thing you’ll read today — and we are THE ONLY ones saying it.

If you’ve been connected to the Internet or social media at all this week, you’ve surely been one of the MILLIONS to see Britney Spears inhaling helium and singing Taylor Swift’s “Shake It Off.” It’s everywhere — and the leading and only commentary anywhere on the web is simply, “How adorable/hilarious/cute/funny/lighthearted/entertaining/etc. is this!?”

Inhaling helium? Don’t do this at home

At the 9 second mark in the video above, you’ll hear the host say, “We’ve been asked to say: You shouldn’t do this at home.”

Well, why is that Mr. TV host?

And if we shouldn’t do it at home (and we really, REALLY shouldn’t), why have one of the world’s biggest pop stars of all-time do it in front of millions of viewers? Better yet — why allow it at all?

A fellow British broadcaster was investigated by Ofcom just last year, in which the broadcasting regulator stated: “Ofcom has opened an investigation into whether it was harmful for the presenter to demonstrate inhaling helium gas during the show.”

We haven’t heard of any investigation on this instance for some reason, but at least we were minimally “warned” (and only because he HAD to say it) not to do it at home.

Why not tell us WHY we shouldn’t do it at home and why YOU and Britney shouldn’t be doing it on TV?

Why you shouldn’t be inhaling helium

What they don’t tell you is that Inhaling helium can kill you.

What they don’t tell you is that in the UK, where this show is based, the leading method of suicide is helium inhalation.

What they don’t tell you is that in 2010, there were more helium-based deaths in the UK than ecstacy, pot, GHB, and mephedrone. Combined. Source: The Office for National Statistics.

Yep, we’ve all seen family and friends do the helium voice — that’s a big part of the problem too, along with the promotion of it on popular media channels.

What no one tells us when we’re younger, or even older for that matter, is that helium is lighter than oxygen (balloons float, right?) When helium is inhaled it displaces the oxygen in your lungs, filling your lungs with helium in place of what should be oxygen.

And it doesn’t take much.

Be #uncoollikeus and save a life

So, it’s an education problem. Helium is a perfectly safe and normal part of our world, but like almost anything else, if you do things you aren’t supposed to do with it, it can be harmful. For example, you can die from drinking too much water!

So, we are taking the education route, however unpopular it may be, because we feel it is our obligation to try to get parents to teach their little ones what not to do. Helium is our lives at Zephyr, so we want to make sure that when you come away with our product, you’re being responsible, safe, and smart with it.

Folks, please stop inhaling helium. Make sure your children know not to do it. And spread the word if the opportunity arises.

If we don’t, the only stories and videos we’ll ever see will look like this list below.

It’s scary to think what this angle of media coverage could be responsible for.

Source: The Office for National Statistics