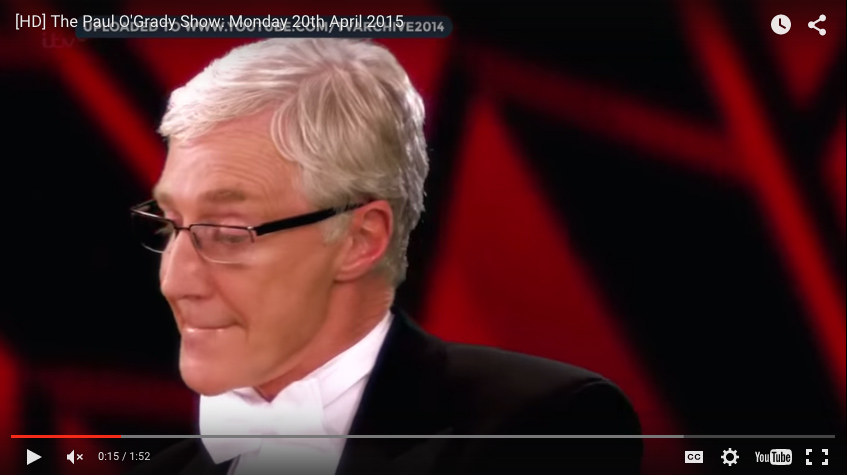 Britain’s “The Paul O’Grady Show” is under investigation for its stunt featuring the talk show host inhaling helium – a practice that can result in serious injury or even death.

A spokesman from Ofcom, the United Kingdom’s broadcasting regulator, announced: “Ofcom has opened an investigation into whether it was harmful for the presenter to demonstrate inhaling helium gas during this live pre-watershed show.”

Inhaling helium is that old party joke that never seems to get old. It’s done for cheap, easy laughs, but helium is lighter than air (that’s why balloons float) and humans rely on air to breathe, obviously. So, when someone is inhaling helium, they are also displacing the heavier oxygen molecules in their lungs with the lighter helium gas.

Displace enough oxygen and the inhaler can suffer an embolism, brain damage, suffocation, or even burst lungs. Inhaling helium is so deadly in fact, that it remains a popular method for people who want to commit “quiet” suicide.

Broadcasters (particularly in markets outside of the U.S.) are particularly touchy on the subject as of late, following the recent incident in Japan when a 12-year-old singer went into a coma after inhaling helium on a live TV show skit. The young girl suffered an air embolism as a result of the displaced oxygen in her lungs. She awoke days later, but was unable to speak and had very limited mobility.

We at Zephyr cannot stress it enough: STOP INHALING HELIUM! That goes for the absurd new trend of helium burping, too.