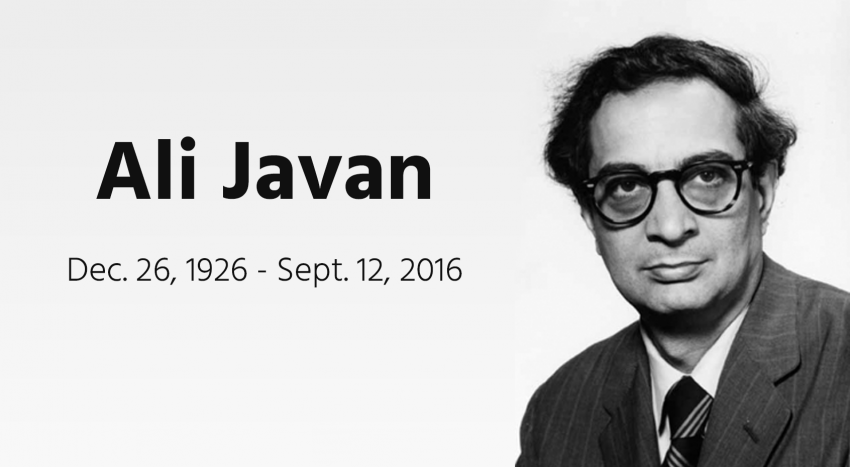 The world has silently lost a technological pioneer, one whose gas laser discoveries led to advances in telecom, Internet, medicine, retail and more.

MIT Professor Emeritus Ali Javan has passed away at the age of 89, according to Chuck Leddy of the school’s Department of Physics.

Javan was an Iran native who came to the states in 1949 at the age of 23. In 1961, Javan joined MIT as the associate professor of physics. It has here that he would found the country’s first laser technology research center.

Just a few years prior, Ali Javan created the floor plan for the first-ever gas laser (helium-neon) and over the next two years, went to work building it.

On December 12, 1960, a major winter storm shut down the New Jersey labs Javan was working in, but when that happened, he saw a light.

For the first time ever, a continuous laser light beam was shooting out of a gas laser device. Javan had invented his helium-neon gas laser, also the world’s first continuous-wave laser.

The very next day, Javan and his colleagues used the laser beam to make a phone call — another world’s first.

Javan’s inventions and advances completely changed the world to be how we know it today. He would go on to create the field of laser spectroscopy, he was the first to create an accurate method of measuring the speed of light, and his laser technology would be used in telecommunications, fiber optics, the Internet, video disc players, laser jet printers, bar-code scanners across the world of retail, medical instruments and procedures, and more.

Ali Javan was a true pioneer and a man that improved and helped form the world for each one of us to this very day. He was 89 years old.

Inhaling helium? Britney Spears should have sang “Knock It Off”