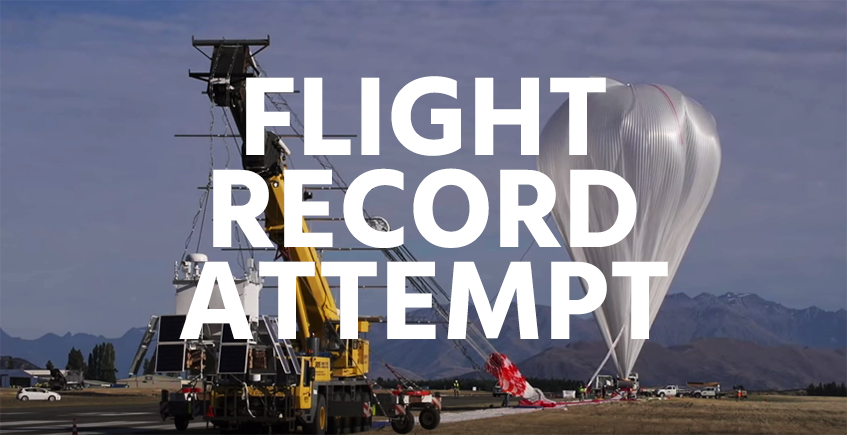 NASA has been working on a technology called a “super pressure balloon” that they plan to use to double the helium balloon flight duration world record.

The ultimate goal of the project is to advance the technology of the long-duration capabilities of super pressure helium balloons at mid-latitudes, where they need to endure and adjust to pressure changes from altitude and day-to-night temperature swings.

You don’t have to be NASA to need a lot of helium. Get a free quote from Zephyr here.

We’re talking about a constant cruising altitude of around 110,000 feet, where the skies are as black as space and the earth is a bright blue ball hanging in the darkness.

Perfecting high-altitude long duration helium balloon flights will empower scientists to collect all kinds of data and allow for an effective method of nighttime observation. It would be a considerably less expensive process when compared to sending instruments into orbit.

The super pressure balloon also has to be able to carry a heavy payload. The upcoming flight will have more than a ton (2,260 pounds) of instruments and cargo onboard.

As you’d imagine, all of that weight means a big helium balloon. Really big.

The super pressure helium balloon that will launch on April 1 out of Wanaka, New Zealand is made from 22 acres of polyethylene film, which is a material similar to a plastic sandwich bag except that it’s a considerably stronger.

NASA says that when fully inflated, the helium balloon will have a volume of 18.8 million-cubic-feet. That’s roughly 85,845 Zephyr large helium cylinders worth of helium.

For a sense of perspective, just picture a football stadium. That’s about how big the super pressure helium balloon will be in circumference.

NASA’s goal is to keep it in orbit for 100 consecutive days. The current flight duration record is 54 days, set in 2009 over Antarctica.

NASA scientists predict that the balloon will make a full orbit around the Earth every 1 to 3 weeks, depending on the winds up in the stratosphere, and it may even be visible at times from the Southern Hemisphere.

Check out this short video from a 2015 test launch in Wanaka:

Why does helium make your voice sound funny?