HomeHeliumQatar helium plants back in business 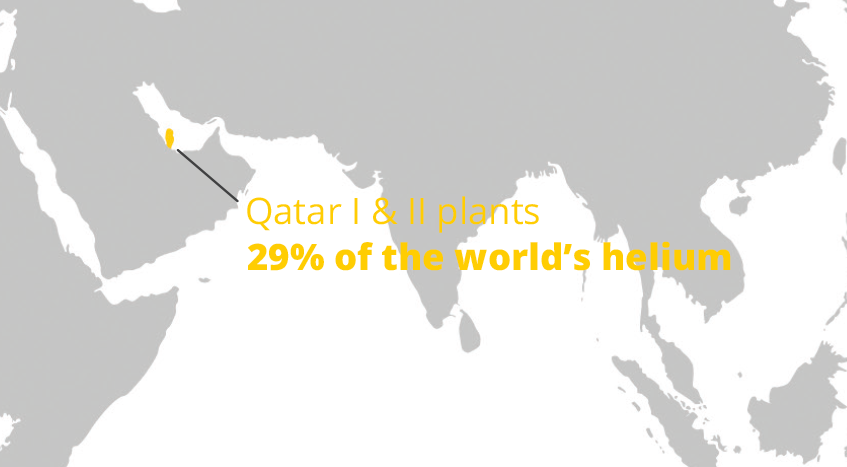 Qatar helium plants back in business

Good news for the helium industry — it’s being reported that Qatar’s helium plants are operating again. But will they be able to export?

A quick recap of the Qatar blockade

Almost one month ago to the day, we told you about a blockade lobbied against Qatar by bordering Middle Eastern countries, including the United Arab Emirates (UAE) and Saudi Arabia.

The blockade meant that these bordering countries were closing their borders as well as their airspace to Qatar, essentially keeping anyone or anything from entering or exiting, including helium.

The problem is that the UAE’s port of Jebel Ali is the main hub from which Qatar was able to ship its helium to the rest of the planet.

So, with no ability to export, Qatar expectedly ceased operations of its helium plants until the situation could be resolved.

With Qatar’s two helium plants responsible for producing as much as 29% of the entire world’s supply, the industry immediately began preparing for a possible helium shortage on par with those in 2007 and 2012. However, if you need helium, Zephyr has plenty of it and you can get a free helium quote here.

Qatar helium plants turned back on

Rob Cockerill and Phil Kornbluth were the first to report that some time on or around July 2, Qatar fired up its two helium plants once again. Read their article here at gasworld.

Cockerill and Kornbluth admitted that there is some question as to whether the helium plants are back to full capacity, but that they are definitely producing once again.

Back to business now?

The political disputes that initiated the blockade have not been resolved as far as anyone has heard of. So, while the helium plants may be operating again, there is still the matter of actually exporting the helium out of Qatar.

Whether or not the UAE is again allowing Qatar to access Jebel Ali is not known and seems unlikely at this time. So, it will be interesting to see exactly how and how well the flow of helium will re-enter the marketplace.