A star is (re)born – the amazing properties of helium 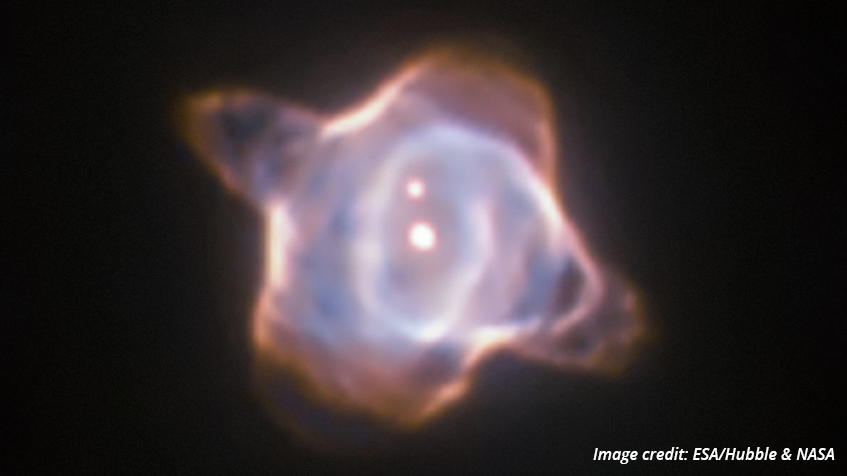 For the first time ever, astronomers have just witnessed an old, dying star rebirth itself; and it has much to do with the incredible properties of helium.

Imagine, having lived a long life of 70 or 80 years. You’ve had a storied career. Maybe several. You’ve seen as much of the world as you could. There are now grandkids or great grandkids running around. Safe to say, you’re starting to wind down.

Well, you decide you’re not ready to call it quits yet. So in a very short but very violent rage, you suddenly transform yourself into a child again. You’re 10 years old again, running around and playing with your own grandkids.

Weird. Unheard of. Impossible. Not for stars, apparently.

Astronomers studying a star named SAO 244567 just witnessed this very thing happen for the first time in our worldly history, and it proves a theory known as a “helium flash.”

A star is reborn

SAO 244567 was a small, aging red giant that astronomers watched shrink dramatically while tripling in surface temperature over the past 3 decades — the normal processes of a dying star.

Then, suddenly, the star cooled off. It started growing again. The star literally reverted back in its evolution to a much younger life stage.

Our helium is Earth helium, but our wholesale prices are out of this world. Get a free helium quote from Zephyr — THE HELIUM EXPERTS!

The properties of helium

We know helium is an inert gas, meaning it is not going to react with other substances under regular conditions. That’s why you see it used as a shielding gas in welding, or as a coolant for space shuttles, MRI machines, nuclear reactors, and so forth.

Your tank of helium isn’t going to burn or explode, rest assured.

It’s not going to freeze into a block either. In fact, if you had the ability to cool your helium to -455.746°F, it will actually turn to a “superfluid” and boil.

The point is, the properties of helium can be… bizarre, despite the trusted stability of the noble element.

So, knowing the properties of helium, we trust that it cannot be burned under normal conditions. But, “normal conditions” are quite different in space than they are here on Earth. This star re-birthed itself precisely by burning helium.

Once the dying star’s core became exhausted of all of its hydrogen, it left behind what is called “helium waste.” This process makes the core of the star so hot and dense that the conditions become right for helium to physically burn. If that happens, the very unusual “helium flash” can occur — an extremely short but high energy blast that burns the helium and resets the life of the star.

“The release of nuclear energy by the flash forces the already very compact star to expand back to giant dimensions-the born-again scenario,” explained by Nicole Reindl in the Hubble news release.

Just when you think you know everything about the properties of helium, you learn that it can burn and essentially send stars back in time. Incredible!