Superfluid helium acts unlike anything else on earth 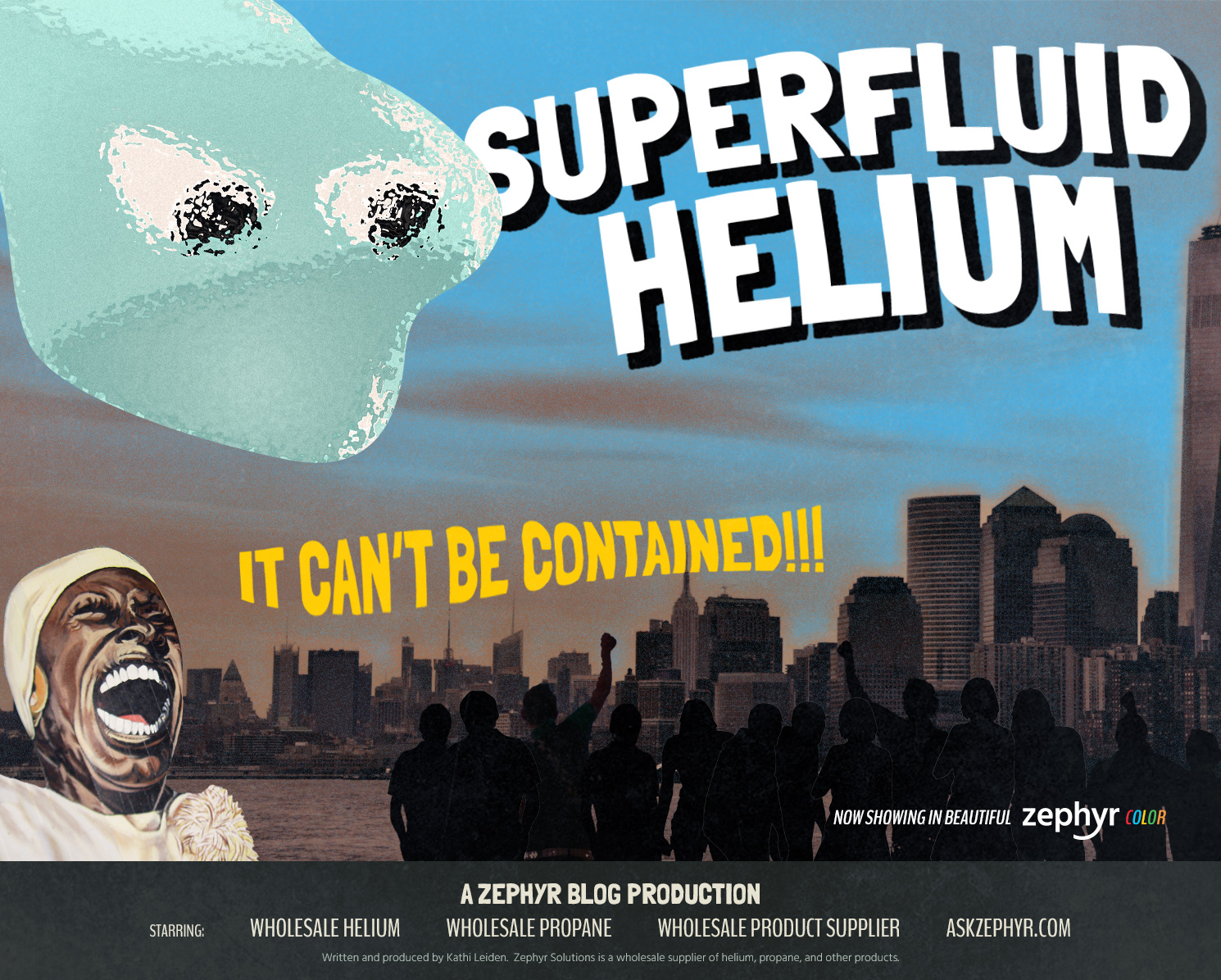 Put water in an unglazed ceramic bowl and it will be there tomorrow. Do the same with superfluid helium and it will go right through the bottom.

Superfluid helium is a bizarre, almost supernatural substance that we only discovered around the start of WWII.

In a glass bowl, superfluid helium can seemingly defy gravity. It can creep up the sides, roll over the lip, and drip down off of the outside of the bowl until the entire thing is emptied.

In the clip above, you’ll see helium cooled to the unfathomable temperature of -455.746°F, or 2.18K, which is just a couple degrees above absolute zero (the point at which atoms stop moving). As the helium gets colder, it begins to bubble, dance, and evaporate, resembling very hot boiling water.

However, once the helium is cooled below 2.18K, everything suddenly stops. The surface of the liquid helium goes dead still.

Need helium gas? Get a free quote from Zephyr here.

The helium has just become a superfluid. Now, the helium gains the ability to leak through the ceramic container and climb up the walls of the glass one.

Once it achieves superfluidity, the liquid helium behaves with zero viscosity. It can flow over and past surfaces without any friction at all. This total lack of viscosity allows it to find its way through the tiniest of pores in that ceramic container and travel over the sides of the glass bowl.

It’s a completely different world than the one most of us are used to when it comes to helium. It’s completely fascinating stuff, but best left to the scientists.

As for us here at Zephyr, we’re going to stick to our expertise: helium in its gas state!