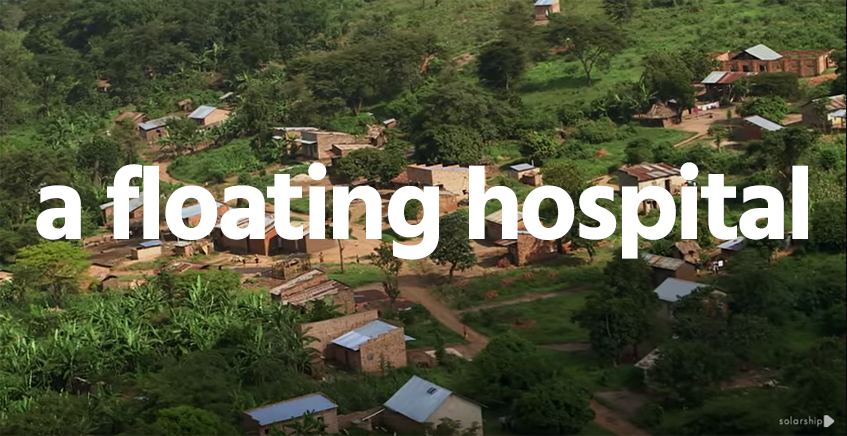 In a place with no cars, no pharmacies, and no roads, a simple ailment can prove fatal. An inspired helium project seeks to change that.

Living in big cities or meticulously maintained suburbs like many of us have become accustomed to, it’s easy to forget that millions upon millions of people around the world still live in remote, landlocked, or undeveloped areas. Some of the “every day” things that the rest of us may take for granted are often unavailable, inaccessible, or even totally unheard of in these places.

If you break a bone or come down with a bad flu, you can probably hop in your car or ambulance, drive a few miles to the doctor and get treatment.

What if you couldn’t?

Imagine living in a thick, remote jungle surrounded by mountains and breaking that bone or contracting that flu. You’re 80 miles from the nearest healthcare facility. Forget cars—there aren’t even roads.

It’s a very terrifying and very real situation that a Canadian company is striving to change. The key? Helium.

Need helium for your own venture? Get a wholesale helium quote here.

The Solar Ship is like a bush plane, but it’s lifted with helium and powered by solar energy. It can fly into regions where roads are washed out or where there are no roads at all.

“Why not just use a regular ol’ plane?” you ask? Good question.

The Solar Ship doesn’t require a runway like even a small bush plane does to land. True, some remote areas may have rough runways available. Many however, do not.

All that this hybrid helium airship needs is a clearing no larger than a soccer field—something widely abundant in continents like Africa, where Solar Ship is currently focusing their mission.

This means that where there is literally no infrastructure to get vital supplies like food, water, medicine, vaccines, or even doctors to people, or where disaster relief is needed but the means to access the victims are destroyed or inaccessible, a Solar Ship can drop in with aid and supplies.

Just imagine— a floating, helium and sun-powered hospital delivered right to your front door. It could very well change the world.

Would a helium balloon float on the moon?

Fastest refrigerator is in and out of this world