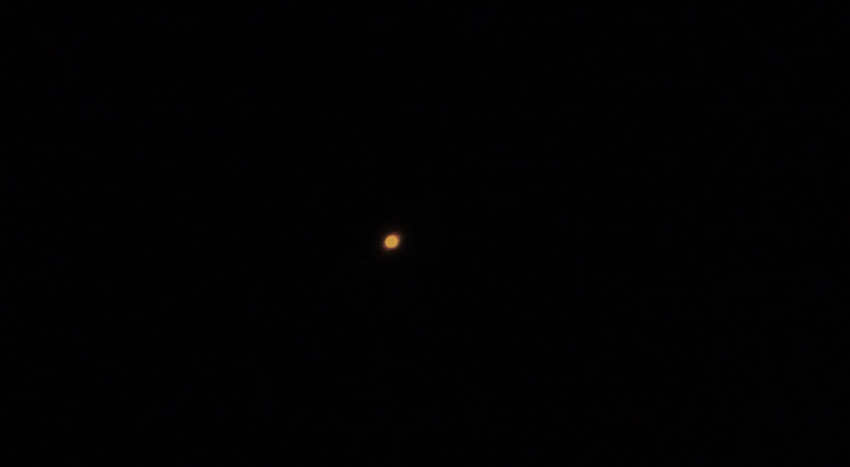 by Kathi Leidenon 17 May 2017in Helium, Helium Science

NASA says the planet nicknamed “Warm Neptune” has water and a hydrogen and helium atmosphere. But, how do you find helium 437 light years away?

Last week, NASA announced the discovery of a primitive atmosphere composed of hydrogen and helium on the planet HAT-P-26b, or “Warm Neptune” to the rest of us.

According to NASA, Warm Neptune is about the size of Neptune and orbits a star that is about twice as old as our sun. They say that while it is not necessarily a water planet, it does have the best measurement of water ever found on a planet of this size.

But we’re helium folks, and we’re most interested in that helium atmosphere.

Finding a helium atmosphere in space

Warm Neptune is 437 light years away from Earth, so how can we know that there is a helium atmosphere on a planet we are only looking at through a telescope?

It’s all about simple wavelengths of light.

NASA observed repeatedly as Warm Neptune passed in front of its “sun.” As light from the sun (or host star in this case) passes through a planet’s atmosphere, certain wavelengths of light are absorbed. Some are not.

Studying these filtered wavelengths of light allows scientists to sort of reverse engineer the chemical makeup of an atmosphere.

Warm Neptune produced a wide range of yellow wavelengths, indicating a helium atmosphere (along with hydrogen and water vapor).

Sure, it sounds like science fiction, to be able to detect a helium atmosphere so far away that light needs 437 years just to reach the planet.

However, when helium was first discovered by a human, it was actually discovered on the sun — in 1868!

You don’t have to travel to Warm Neptune to get helium. Zephyr can give you a free helium quote any time!

Ninety-three years before humans traveled into outer space, astronomer Pierre-Jules Janssen was studying a total solar eclipse when he noticed a weird yellow haze in the spectrum of the sun.

Janssen knew that none of the known elements at that time could produce that color wavelength. He had discovered a new element.

Janssen named his element “helium,” after the Greek god of the sun, Helios.

Three decades later, we discovered helium on our own planet.